We’re running a bit behind this year, and you probably won’t read this until after Christmas (although there are twelve days of Christmas), but better late than never, right? It has been a crazy 2016 for the Frederick family, and in many ways, a year we’d rather forget. Nevertheless, we had no shortage of activity over the last year.

Of course, the biggest news is that we finally got the brewery up and running. Having intended to open in 2015, and then in spring of 2016, Brew Republic Bierwerks opened for business in late September 2016, and the reviews have been great ever since. Stop by the taproom to say hello and have a beer. You won’t be disappointed. #ToTheRepublic #ANewNationOfBeer

Amy finished her work with Carly’s campaign in the spring and started taking on various political and event planning clients. Now, in addition to her work with the brewery, she’s consulting for the PIC (Presidential Inaugural Committee). The brewery takes up the bulk of my time as we ramp up distribution and plan for our next location – but I also keep my toes in the tech/public affairs business as well as continuing to manage our real estate asset stuff.

The kids, well, they’re growing. Grace (10) transitioned to a new school this year where she cheerleads and is on the running team while being the youngest political pundit we know (she smuggled political mail out of the house during the campaign to take to school to prove to all her friends that they were politically ignorant if they weren’t supporting the right candidate). Isabel (8) is the athlete of the family, excelling in [fill in the blank] sport. She’s decided to focus her time on year-round swimming and gymnastics. We’re already traveling all over the place to meets for both sports, where we drive and wait for hours to watch her compete for an aggregate total of 5 minutes. I wish the bleachers were more comfortable. Michael, who turns 6 in March, is a Lego master, doing sets labeled for kids twice his age (but still hasn’t figured out how to tie his shoes). He’ll be back in soccer this spring after losing interest in playing ice hockey (for now), and who knows what after that. He’s a bruiser who is all about “boy” stuff and is (according to him) an Olympic-level everything (swimmer, skier, soccer and hockey player, and whatever else). While not Olympic-level quite yet, all three kids have taken full advantage of our place in Killington and are becoming great skiers.

Our annual Christmas card is in the mail, but in case you don’t get a hard copy, below is an electronic version.

Christmas is such a special time of year because we’re so instantly reminded of the abundant blessings that surround us – chief among them Christ in our lives, but also the blessing of family and friends who we’re able to share our triumphs and struggles with. We’re grateful for you.

May God bless you and your family with a joyful holiday and a prosperous, healthy year ahead. 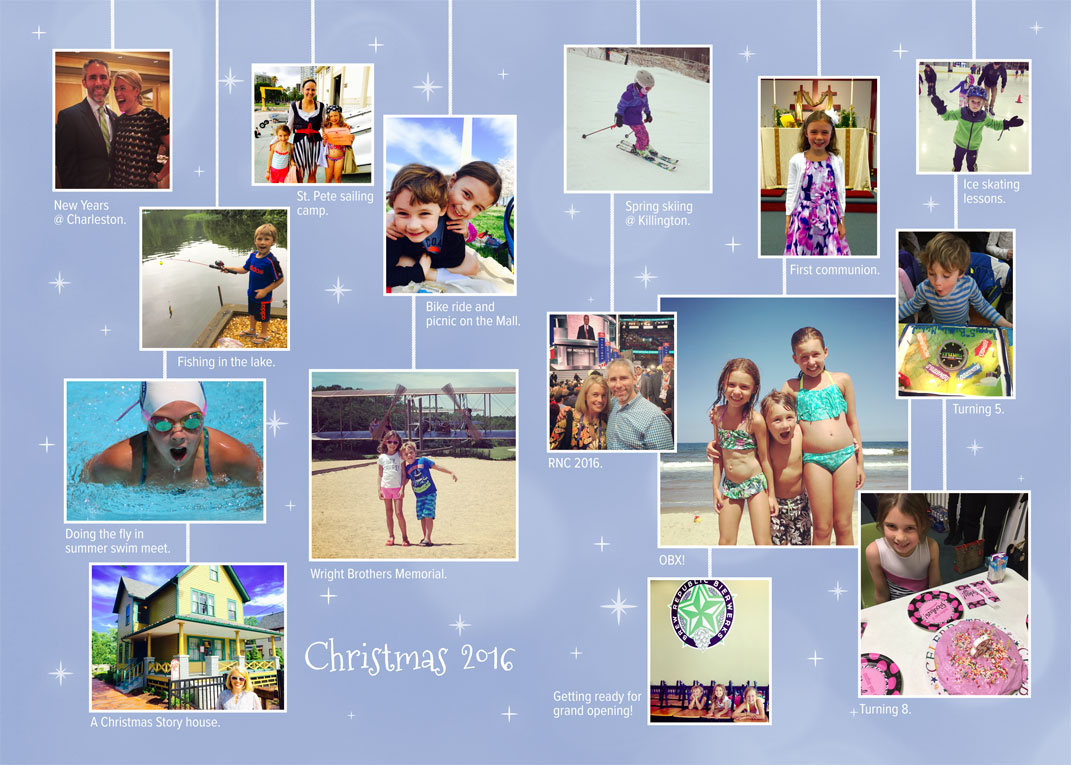 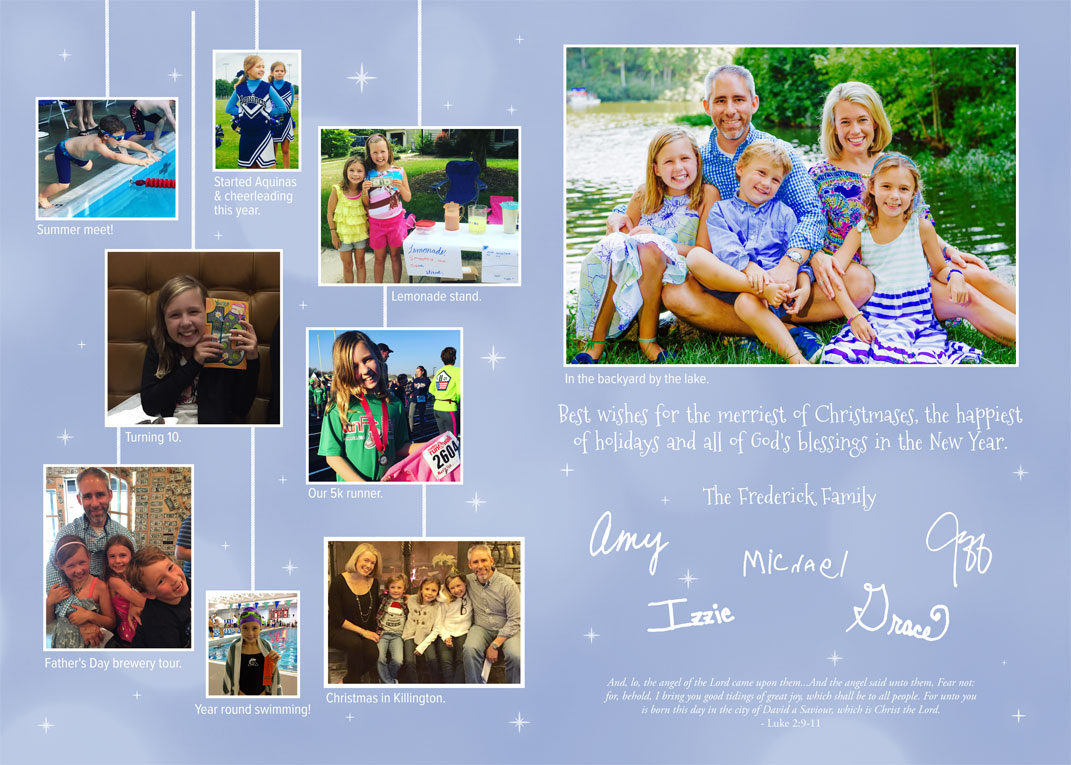